She is worshipped in Vajrayana Buddhism. The name Tara derives from the root word tar, which means “to cross” It is believed that Tara helps humanity cross the ocean of existence. Many legends have grown around this concept, and the most popular one is that a tear from the eye of Avalokitesvara fell in the valley beneath to form a lake; from the waters of the lake arose a lotus flower, out of which emerged Tara.
Other scholars hold that Tara’s name originates from the Persian wort sitara, meaning a luminous body in the sky.
Introduction of the Mother Goddess in the form of Tara is generally traced to the influence of Tantra. It is generally agreed that the devotion to Tara became firmly established during the sixth and seventh centuries C.E.
There are two principle varieties of Tara : white and blue/green. The former is shown with the full blown white lotus as her symbol, and the latter with the utpala (blue lotus). These forms respectively symbolize day and night, and her benign qualities of compassion and protection.
Besides the two types, a variety of other forms of the Goddess Tara are recognized in Tantric Buddhism, each having a distinctive color.
- The Encyclopedia of Hinduism 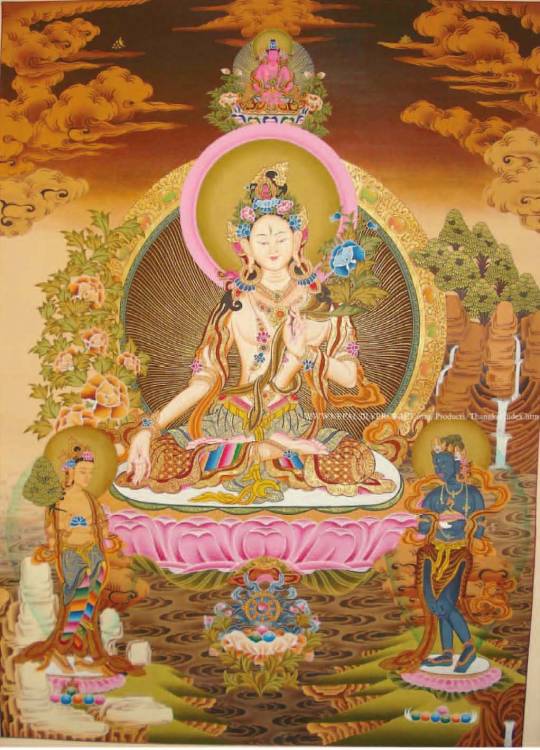