Silent adorations to Satchidananda Para-Brahman, Who is the silent Witness of all minds, Who is the Indweller in all beings, Who has projected this world for His own Lila or sport, Who is the support for this world, body and mind and all movements, and Who is the foundation for all societies and their activities.

PURPOSE OF RELIGION
The word Religion comes from the Latin word religio which consists of two words, viz., re (back) and ligare (to bring or bind). That which binds the soul back to God is religion. Religion shows the way for the attainment of God-realisation.
Religion satisfies the deep inward craving in man who is not always content with leading merely an animal existence and wants spiritual consolation, solace and peace. Man cannot live by bread alone. A time comes in the life of many of us when mere worldly prosperity does not satisfy us and we hanker after something more. In the case of many more, trials and tribulations of life turn their attention to spiritual solace.

Hinduism is the religion of the Hindus, a name given to the Universal Religion which hailed supreme in India. It is the oldest of all living religions. This is not founded by any prophet. Buddhism, Christianity and Mohammedanism owe their origin to the prophets. Their dates are fixed. But no such date can be fixed for Hinduism. Hinduism is not born of the teachings of particular prophets. It is not based on a set of dogmas preached by a particular set of teachers. It is free from religious fanaticism.
Hinduism is also known by the names Sanatana-Dharma and Vaidika-Dharma.
Sanatana-Dharma means eternal religion. Hinduism is as old as the world itself. Hinduism is the mother of all religions. Hindu scriptures are the oldest in the world, Sanatana-Dharma is so called, not only because it is eternal, but also because it is protected by God and because it can make us eternal.

Vaidika-DharmameansthereligionoftheVedas.TheVedasarethefoundationalscriptures of Hinduism. The ancient Rishis and sages of India have expressed their intuitive spiritual experiences (Aparoksha-Anubhuti) in the Upanishads. These experiences are direct and infallible. Hinduism regards the spiritual experiences of the Rishis of yore as its authority. The priceless truths that have been discovered by the Hindu Rishis and sages through millennia constitute the glory of Hinduism. Therefore, Hinduism is a revealed religion 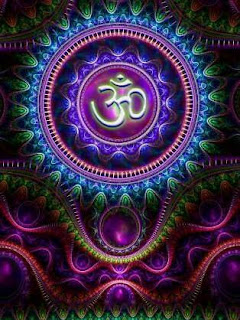