Awakening the Cobra: The Birth of Tantra

Awakening the Cobra: The Birth of Tantra

Article by Meloney Hudson, Ipsalu Tantra teacher
Several millennia ago, spiritual adepts in the East, recognizing the dynamic energies of the universe and human body, identified sexual energy as a vehicle for enlightenment. Those of us raised in the puritanical Western churches probably see any kind of sexual ritual as the antithesis of religious enlightenment, but practitioners of the cult called Tantra that arose in Asia around 1,400 years ago discovered, refined, and disseminated practices with sexual energy as a path of spirituality through ecstasy. The word Tantra comes from two Sanskrit words, “tanoti”, meaning “to expand,” and “trayati”, or “liberation.”1 Through the practices of Tantra, one’s awareness of the soul would expand, causing liberation from the confines of physical limitations. A path based on energy, Tantra is a practice in which sexual energy is generated and harnessed for purification of the energetic body. By merging feminine and masculine energies, either within one’s own body or by merging souls with a beloved partner of opposite energies (such as masculine and feminine), a pathway can be created through which energetic communion with the Higher Power could occur. Enlightenment and bliss are the rewards 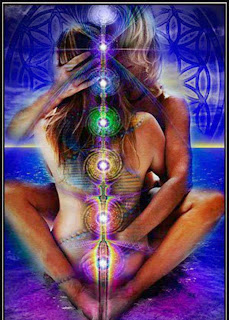