– Wisdom of the Sadhu – The Teachings of Sadhu Sundar Singh

Seeker: So how do I find the path to spiritual truth and to knowledge of God?
Sadhu: God never discourages a seeker by judging his or her beliefs to be wrong. Rather, God allows each person to recognize spiritual error or truth by degrees. The story is told of a poor grass cutter who found a beautiful stone in the jungle. He had often heard of people finding valuable diamonds and thought this must be one. He took it to a jeweler and showed it to him with delight. Being a kind and sympathetic man, the jeweler knew that if he bluntly told the grass cutter that his stone was worthless glass, the man would either refuse to believe it or else fall into a state of depression. So instead, the jeweler offered the grass cutter some work in his shop so that he might become better acquainted with precious stones and their value.
Meanwhile, the man kept his stone safely locked away in a strongbox. Several weeks later, the jeweler encouraged the man to bring out his own stone and examine it. As soon as he took it out of the chest and looked at it more closely, he immediately saw that it was worthless. His disappointment was great, but he went to the jeweler and said: “I thank you that you did not destroy my hope but aided me instead to see my mistake on my own. If you will have me, I will stay with you and faithfully serve you, as you are a good and kind master.” 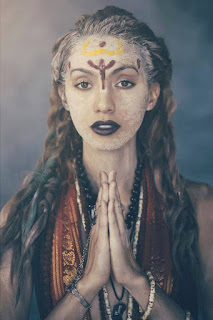