In the beautiful words of Vedanta:

"Samvit or pure consciousness is one and non-dual, ever self-luminous, and does not rise or set in months and years and aeons, past or future."

According to Mani Bhuamik an elected fellow of the American Physical Society as well as the Institute of Electrical and Electronics Engineers writes:

"The ancient Vedantic concepts that we all cut our spiritual teeth on are a part of the grand reconciliation now going on between science and religion.
We find these concepts embodied in the extensive literature starting with the four Vedas and their subsequent elaborations in the Upanishads. The recurring theme of these perceptions is that, underlying all physical reality, there is one abstract entity, Brahman, with the quality of consciousness. Having created the universe, Brahman remains present everywhere today, administering basic aspects of everything in our cosmos.

Recent scientific discoveries seem to validate the concept of Brahman. Physicists and cosmologists are close to proving that there is one source behind the physical universe, and they call this source the unified field. In a profound sense, Brahman, the Vedantic concept and the unified field of physics appear to be synonymous."

(source: Physics & Vedanta: So much in common - Mani Bhaumik Times of India 2/26/02). Refer to Internet Sacred Texts on Hinduism and Stotra Rathnas. 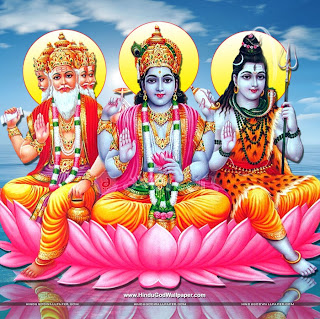