Shaktism - worship of the Supreme Mother

Shaktism - worship of the Supreme Mother

Shaktism is actually a distinct Indian religion, like Vaishavanism, Shaivism, etc; all these religions being lumped in the West under the heading "Hinduism".  Shaktism is based on worship of the Divine in the form of the Supreme Mother of the Universe, usually called Devi ("Goddess"), Kali, Shakti, etc.  worship of the Divine as female is still prominent in India today, just as it was in Europe before the take over by the patriarchal creed known as Christianity. A recent Western religious revival with strong matriarchial tendencies is Neo-Paganism, especially Wicca


The religion in its present form developed in the period from the 4th to 7th centuries, and produced a mass of literature known as the Tantras [D. S. Sarma, Hinduism Through the Ages, p.29], from which term of course the word "Tantra" is derived.  The Tantras were for the most part ritualistic and magical nature, in contrast to the mythological Vaishvanite Puranas, or the philosophical and metaphysical Sutras.  Although most Tantras are, metaphysically and occultly, of rather poor quality, it is from this body of material much of Indian Tantra developed.


The works of; John Woodroffe (pseudonym: Arthur Avalon) gove an important overview of Bengali Tantra.  Perhaps his most influential work is The Serpent Power, which is on the subject of the so-called Kundalini-Shakti, the latent psycho-spiritual power which according to Tantric philosophy lies dormant at the base of the spine but can be awakened through specific Hatha Yoga exercises.


Just as there are Vaishnuite and Shaivite Guru-sects, so  there are Shaktic ones.  I might mention the "Sahaja-Yoga" movement of Nirmala Mataji, which promises its followers instant and  spontaneous "self-realisation".  My own experience with this sect has convinced me such claims are over-enthusiastic to say the least!. 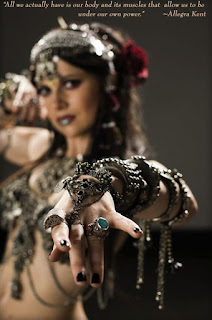