American Philosopher, Unitarian, social critic, transcendentalist and writer. It was Ralph Waldo Emerson who aroused in him a true enthusiasm for India.

The force from the Upanishads that Thoreau inherited emerged in Walden and inspired not only those who pioneered the British labor movement, but all who read it to this day. Meandering in northeastern Massachusetts, his reverent outer gaze fell upon Walden Pond.

He alluded often to water---the metaphor is clear---the Gita's wisdom teachings are the purifier of the mind: "By a conscious effort of the mind we can stand aloof from actions and their consequences; and all things, good and bad, go by us like a torrent."

He had found his sacred Ganga (Ganges). Living by it and trying to "practice the yoga faithfully" during his two years at Walden, he wrote:

"In the morning I bathe my intellect in the stupendous and cosmogonal philosophy of the Bhagavat Geeta, since whose composition years of the gods have elapsed, and in comparison with which our modern world and its literature seem puny and trivial; and I doubt if that philosophy is not to be referred to a previous state of existence, so remote is its sublimity from our conceptions. I lay down the book and go to my well for water, and lo! there I meet the servant of the Brahmin, priest of Brahma, and Vishnu and Indra, who still sits in his temple on the River Ganga reading the Vedas, or dwells at the root of a tree with his crust and water---jug. I meet his servant come to draw water for his master, and our buckets as it were grate together in the same well. The pure Walden water is mingled with the sacred water of the Ganga (Ganges)."

At Walden he put the Bhagavad Gita to the test, while proving to his generation that "money is not required to buy one necessary for the soul."

(source: The Writings of Henry D. Thoreau - Walden 1989. Princeton Univ. Press. p 298 and How Vedanta Came to the West - By Swami Tathagatananda - swaveda.com). Listen to The Bhagavad Gita podcast - By Michael Scherer - americanphonic.com.

In the 1840s Thoreau's discovered India, his enthusiasm for Indian philosophy was thus sustained. From 1849-1854, he borrowed a large number of Indian scriptures from the Harvard University Library, and the year 1855 when his English friend Thomas Chilmondeley sent him a gift of 44 Oriental books which contained such titles as the Rig Veda Samhita, and Mandukya Upanishads, the Vishnu Puranas, the Institutes of Manu, the Bhagavad Gita and the Bhagvata Purana etc.

In Indian contemplation he found a "wonderful power of abstraction" and mental powers which were able to withdraw from the concerns of the empirical world to steady the mind and free it from distractions.

"What extracts from the Vedas I have read fall on me like the light of a higher and purer luminary, which describes a loftier course through purer stratum. It rises on me like the full moon after the stars have come out, wading through some far stratum in the sky."

(source: Commentaries on the Vedas, The Upanishads & the Bhagavad Gita - By Sri Chinmoy Aum Publications. 1996. p 26). 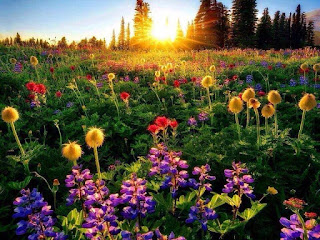