Bhairavi is a Hindu goddess associated with the Mahavidyas. She is the consort of Lord Bhairava. The name Bhairavi means “Terror” or “awe-inspiring”. She is the Fifth of Ten Mahavidyas. She is also called Tripurabhairavi. “Tri” means three, “Pura” means fortress, castle, city, town, etc. Tripura convey three different stages of consciousness i.e active, dream and deep sleep. She is in the form of all triads and once these triads are transcended, the Brahman is attained. In other words, once we have her grace, we can realize Shiva consciousness. Hence She is called Tripurabhairavi.
CREATION AND DESTRUCTION are two essential aspects of the universe, which is continually subject to their alternating rhythms. The two are equally dominant in the world and indeed depend upon each other in symbiotic fashion. Bhairavi embodies the principle of destruction. She arises or becomes present when the body declines and decays, which is a natural, inevitable, and irresistible force.
Bhairavi controls the changes taking place in the universe. The Mahavidyas represent the role of Adi Para Shakti in the world, where Kali represents destruction and Tripura Sundari represents creation, Bhuvaneshwari symbolizes the sustainability of the created universe and Kamala represents prosperity and evolution. The other Mahavidyas display the various processes that take place during the period of the universe. In this continuous cycle of creation and destruction, Bhairavi represents knowledge and civilization, she symbolizes the modifications of universe by mankind, the progress of humans and detailed studies.
Bhairavi is also called as Shubhankari and Durga, which means that she is the doer of auspicious deeds to her devotees who are her children, which means she is a good mother. She is said to be seen as violent and terrible but is a benign Mother to her children. 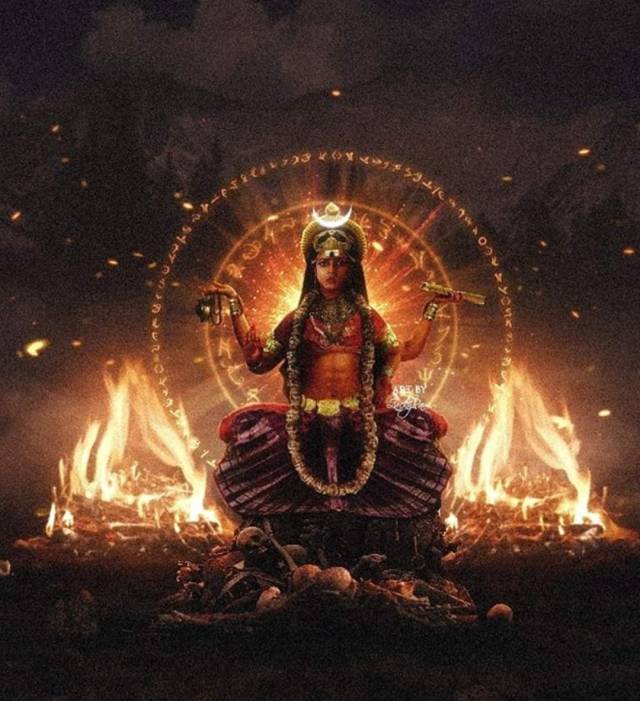