The Ground of Being

The Ground of Being
‘Paul Tillich, my own teacher and himself a refugee from Nazi Germany, writing as far back as the 1930s and 1940s, suggested that we must abandon the external height images in which the theistic God has historically been perceived and replace them with internal depth images of a deity who is not apart from us but who is the very core and ground of all that is. This God would not be a theistic power, a being among beings, whose existence we could debate. This God would not be the traditional divine worker of miracles and magic, the dispenser of rewards and punishments, blessings and curses. Nor would this God be the capricious heavenly superparent who comforted us, heard our cries, and became the terrestrial Mr. Fix-It for some while allowing others to endure their pain to the bitter end in a radically unfair world.
The God to whom Tillich pointed was the infinite center of life. This God was not a person, but, rather like the insights of the mystics, this God was the mystical presence in which all personhood could flourish. This God was not a being but rather the power that called being forth in all creatures. This God was not an external, personal force that could be invoked but rather an internal reality that, when confronted, opened us to the meaning of life itself.
For Tillich there was no imploring an external power to serve our needs. One rather experienced a growing awareness of the Ground of Being and of one’s relationship with all those who also shared that infinite and inexhaustible ground.’
- John Shelby Spong, Why Christianity Must Change or Die. 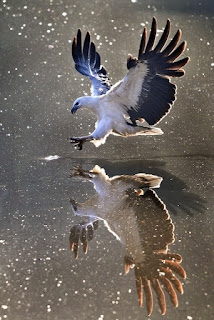