One of the most prominent religious figures of India during the nineteenth century, Sri Ramakrishna Paramhansa was a mystic and a yogi who translated complex spiritual concepts into lucid and easily intelligible manner. Born in a simple Bengali rural family in 1836, Ramakrishna was as simple yogi. He pursued the Divine throughout his life in various forms and believed in divine embodiment of the Supreme Being in every individual. Sometimes believed to be the modern day reincarnation of Lord Vishnu, Ramakrishna was the embodiment of spiritual salvation to troubled souls from all walks of life. He was a key figure in revival of Hinduism in Bengal at a time when intense spiritual crisis was gripping the province leading to predominance of young Bengalis embracing Brahmoism and Christianity. His legacy did not end with his death in 1886; his most prominent disciple Swami Vivekananda carried on his teachings and philosophy to the world through Ramakrishna Mission. In essence, his teachings were as traditional as ancient sages and seer, yet he remains contemporary throughout the ages.

The message of Sri Ramakrishna to the modern world, which he gave through his life and through his recorded conversations, may be briefly stated as follows:
The goal of human life is the realization of the Ultimate Reality which alone can give man supreme fulfilment and everlasting peace. This is the essence of all religions.
The Ultimate Reality is one; but it is personal as well as impersonal, and is indicated by different names (such as God, Ishvar, etc) in different religions.
The Ultimate Reality can be realized through various paths taught in world religions. All religions are true in so far as they lead to the same ultimate Goal.
Purity of mind is an essential condition for the attainment of the Ultimate Reality; real purity is freedom from lust and greed. External observances are only of secondary importance.
Through spiritual practices man can overcome his evil tendencies, and divine grace can redeem even the worst sinner. Therefore one should not brood over the past mistakes, but should develop a positive outlook on life by depending on God.
God realization is possible for all. The householders need not renounce the world; but they should pray sincerely, practise discrimination between the Eternal and the temporal and remain unattached. God listens to sincere prayer. Intense longing (vyakulata) is the secret of success in spiritual life.
God dwells in all people but the manifestation of this inner Divinity varies from person to person. In saintly people there is greater manifestation of God. Women are special manifestations of Divine Mother of the Universe, and so are to be treated with respect.
Since God dwells in all people, helping the needy should be done not out of compassion (which is an attitude of condescension) but as humble service to God.
Egoism, caused by ignorance, is the root-cause of all suffering.
Life is an expression of the spontaneous creativity (Lila) of God. Pleasure and pain, success and failure, etc are to be borne with patience, and one should resign oneself to God’s will under all circumstances. 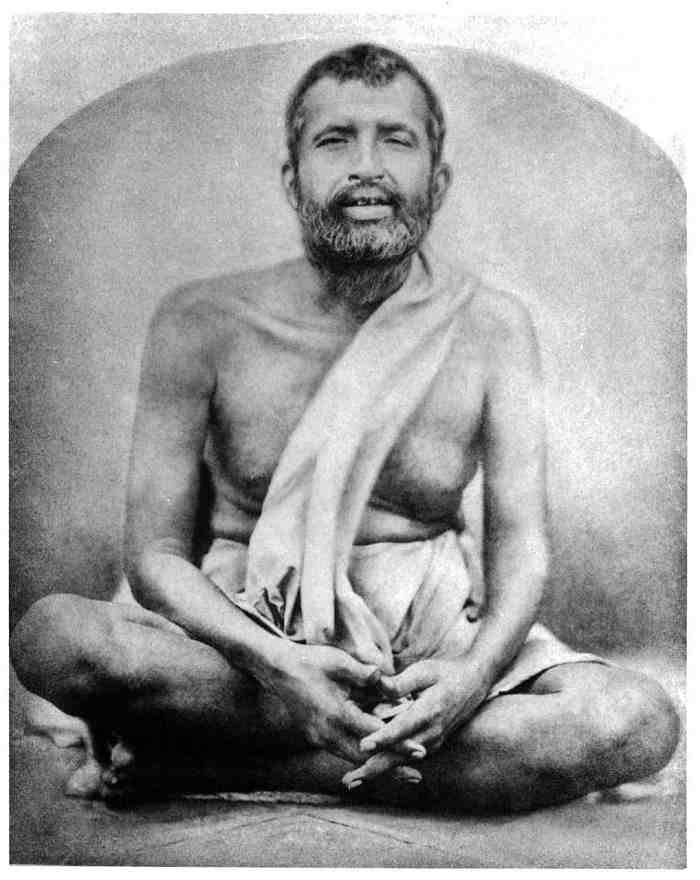