It will be well to state here (partly in recapitulation) for the benefit of the reader of the next two parts, briefly and explicitly, the marks of the Cosmic Sense. They are:
a. The subjective light.
b. The moral elevation.
c. The intellectual illumination.
d. The sense of immortality.
e. The loss of the fear of death.
f. The loss of the sense of sin.
g. The suddenness, instantaneousness, of the awakening.
h. The previous character of the man--intellectual, moral and physical.
i. The age of illumination.
j. The added charm to the personality so that men and women are always (?) strongly attracted to the person.
k. The transfiguration of the subject of the change as seen by others when the cosmic sense is actually present. 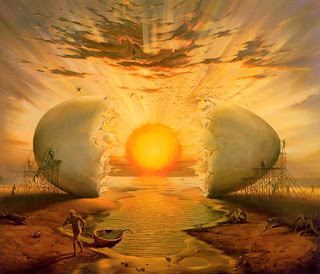